On June 4, 2009, on Environment Day, Mr. Anton Casperson MBA, President of the Management Board Aqualectra and Manager of NuCapital, ing. Roy Kolader signed a Memorandum of Understanding for the expansion of the windmill park at Playa Canoa. NuCapital is the company that operates the park at Playa Canoa.

In this manner Aqualectra wants to comply with its objective to increase its power production capacity by means of more energy from wind as described in the plan 2030. And definitely also taking our environment into account.

The windmill park will be expanded by 6 MW to reach a total capacity of 15 MW. This means that the present windmill will have to be replaced by windmills with a higher capacity.

The objective of this Memory of Understanding is to confirm the possibility and availability on the part of Aqualectra to promise and comply with what will have to be signed in the final agreement, which is the Power Purchase Agreement.

The intention is to start with the expansion activities this year.
Gepost door Unknown op 04:47 1 opmerking: 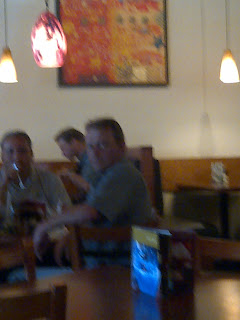 The Chamber of Commerce of Curacao (CCC) about the state of our economy of Curacao.

This means that the economy of Curacao is officially in a recession.

Wikipedia
Recessions generally occur when there is a widespread drop in spending, often following an adverse supply shock or the bursting of an economic bubble. Governments usually respond to recessions by adopting expansionary macroeconomic policies, such as increasing money supply, increasing government spending and decreasing taxation. 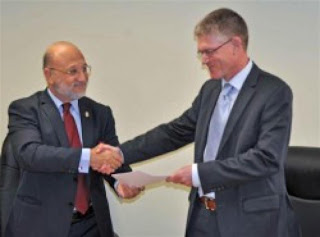 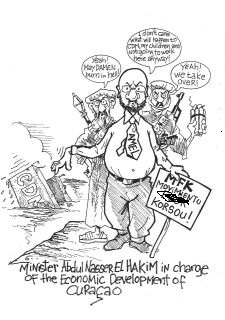 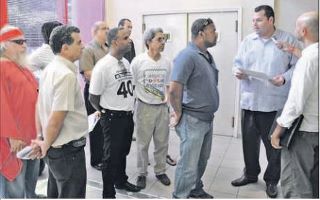 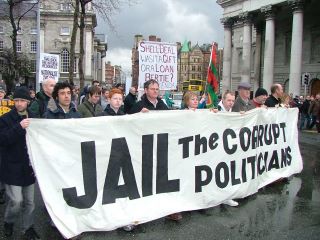 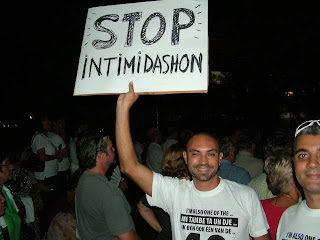 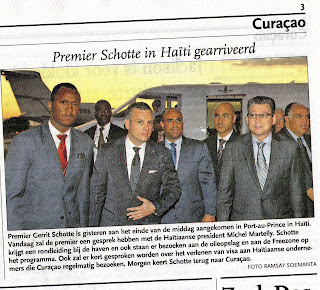